Have you ever been yelled at by a campground host? There is always a first time for everything :) This was ours.

We left Mono Lake after sunset in search of a campground near Yosemite National Park. It was a cold July night. When we finally found a campground somewhere along Tioga Pass, we were excited to see a clear sky covered in Milky Way. Yum.

“Hey! Heyyy!!” we heard a man yelling in the distance.  It was 10:00 PM and too dark to see anyone. So we went about pitching our tent…

It was the camp host, and yes, he was yelling at us.

In our defense, we were accustomed to the Pacific Northwest way of doing things: you get to a campground, scout the grounds for available spots, and self- pay/register. Same goes for late night arrivals. And when we do have to register with the camp host (or at the gate), there are usually signs stating that late arrivals can set up camp as long as they register first thing in the morning. Most camp hosts also don’t like to be bothered after hours, and they make it very clear by posting signs.

In other words, we thought we were being courteous by not bothering the camp host at 10 o’clock at night. There were no signs or self-pay envelopes or instructions for late night arrivals. Nothing. At least four other campers came in after us and set up camp equally confused.

So we finally walked over to the yelling camp host. Even after expressing our confusion, he continued to scold us for not having gone to him to pay first before setting up camp. I was becoming irritated by then.

…Until we realized what his problem was. He was intoxicated. Very intoxicated. Is this really happening right now? I thought.

I couldn’t decide whether to be upset about the situation or to simply laugh it off. But we enjoy talking to older folks and love listening to their stories, their insights, and passions, and this man seemed interesting :) So we chose to make light of the situation and ended up chatting with him about everything and nothing  — how long he’d been working as a camp host, his family, retirement, etc.

I’m not sure how many times he repeated his sentences, but it was a fun conversation; one that I won’t soon forget :) But our tent awaited, and so we exchanged our good-nights.

Did I mention that the night was cold AF? There we were in summer clothes thinking we’d be sweating bullets under California summer weather, but holy cow was I freezing. What a weird night…

But one look at the blanket of stars floating above our head was enough to make me warm. We poured a glass of wine and decided it was time to practice night photography.

Our huge smiles may or may not have frozen on our faces over night. But the rest is herstory. And it was nothing short of magical… 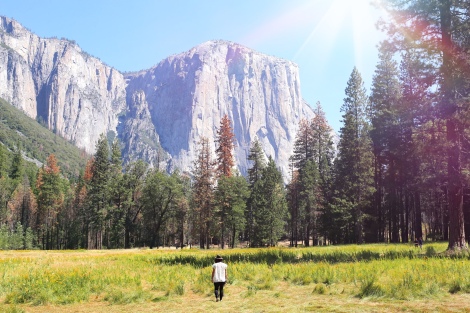 For years, I’d been wanting to learn night photography so that I could finally capture what my eyes were seeing under a starry night. But night photography requires understanding of ISO, aperture, and shutter speed, all of which are still alien to me.

I’m not the type of learner who likes to read on techniques or watch YouTube videos. I’m too impatient. I would much rather have someone teach me. (That is probably why I still haven’t mastered the art of photo-editing. It’s an entire different monster that requires a lot of patience and trial-and-error).

So you can imagine how thrilled I was to finally capture the Milky Way through my lens!

My boyfriend, on the other hand, is really good at being self-taught, particularly through online means. That man can probably learn how to do surgical procedures just by watching YouTube videos (LOL! Let’s not test my theory, though). So a few years back, I asked him to learn how to photograph the Milky Way so that he could then teach me.

But we thought we had the wrong lens, and so years would go by without playing with the camera.

Until this night. And this was his first shot :) 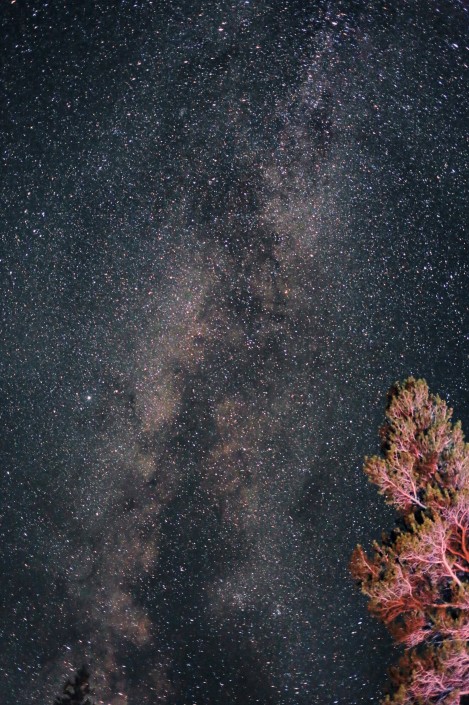 I’ve enjoyed watching him perfect his camera skills. Long gone are the days when his horizons were slanted, branches were growing out of my head, or my head would be lost in a dark, noisy background. Today, I still frame the scenes that I want him to capture, but more often than not, I let him take my camera to shoot as he pleases. Now I get to learn from him :)

Yosemite is like no other place I have ever seen. It was like driving through a giant, carved boulder. 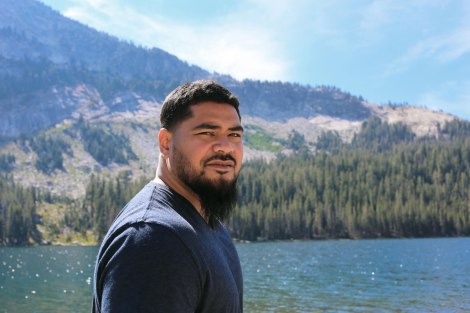 Our drive into Yosemite Valley. 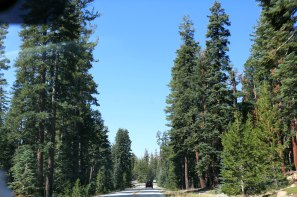 It was so great meeting El Capitan.

Mother Earth sure outdid herself with this giant sculpture.

When we started walking back, I was captivated by how grand our surrounding was. I am impressed. Every. Single. Time.

We came to Yosemite with the intention of hiking Half Dome, but we knew that only 50 passes were given on a lottery system. I applied a few days back and was patiently waiting for their email confirmation. In the meantime, we hiked Mist Trail.

Just know that in the middle of summer, this trail is not very misty. In other words, most everything will be dry (including Yosemite Falls). We were lucky there was even any waterfall at all on this trail.

And it is a popular trail.

We climbed down to the base of the fall, where many people were taking a dip.

We were not prepared for a soak, but we enjoyed watching everyone else have fun. 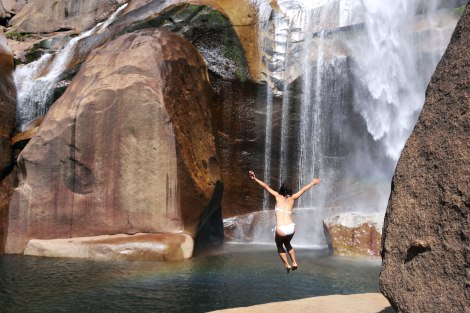 Hiking in the middle of summer under direct sunlight is never a fun feat. And we were still hoping to score permits to hike Half Dome? I thought. I was beginning to have second thoughts on that one…

But the sun would soon begin to set, so we headed back down to continue our drive around the park.

This is a very famous view point. Missing is the the waterfall to the right, though I didn’t know this at the time. I’m glad I didn’t know, because this sight was stunning just as it was and under no expectations...

We continued driving onto Glacier Point, where we hiked Taft Point for sunset. The images are unreal. So unreal, they deserve their own blog post :)

So I hope that you join me on the next post soon!

Thank you for reading <3

And of course, comment below to let me know your opinions or simply share stories. If you have any suggestions or would love to see other content on Of Wildest Heart, let me know!

Want to see more photos, recent travel updates, and inspiration? Check out my Instagram! Interested in working with me, or simply want to meet? Email me at ofwildestheart[at]gmail.com

6 responses to “Yelled at by the Camp Host (Yosemite)”

What do you think? Cancel reply

Denise is an Adventure Blogger currently residing in Seattle. She is a University of Washington alumna, a business professional during the week, and an adventure seeker during her free time. Denise likes to travel near and far. She uses her blog as a form of story-telling to inspire others to reawaken their wild nature through travel and the outdoors.